‘When the computer was stolen from the IT Hub, there was a huge mess and a lot of clues left behind. Year 5 used the clues to search to find the criminal. Five suspects, who were all staff, were blamed for the crime.
The suspects were; Dr Hope, Mr Parratt, Mrs Clark, Mrs Wright and Mrs Roman.

The year 5 classes, 5MC and 5EC, examined some of the criminal’s items, alibis and fingerprints.

That was when they discovered the criminal was none other than Mrs Roman!’

As written by Scarlett 5MC 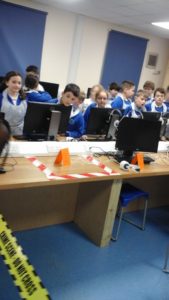 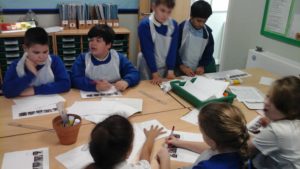