During the Spring term our netball teams participated in a range of fixtures.

The term kicked off with the Year 7’s first match against Coloma. Despite the defeat, the girls showed great resilience and drew in their next match against Woodcote; this was a terrific and fair game between the teams.

The Year 7 team also participated in the Croydon Borough netball tournament. This event was an enjoyable experience where all the girls got to showcase their dedication and passion for netball.

The Year 8 team has had a tough season, losing all their games. However, despite defeat, the girls’ last match against Riddlesdown was their best game of the season as it demonstrated improvements in both their skills and teamwork. We are sure next season will bring them some solid wins.

The Year 9 team showcased great potential this season. The girls’ dedication to the team, commitment to training and support of their younger colleagues has been inspiring. We are looking forward to seeing more success from them next season.

The Year 10 team has had an amazing season and finished first in their division – well done girls! They won all their fixtures and have really developed into a strong solid team. We are looking forward to their achievements next year.

Finally, we say goodbye to our Year 11 netballers. They have had a great season where they won most of their fixtures. It’s been a pleasure watching the girls progress over the past five years and we wish them all the best in their future endeavours. 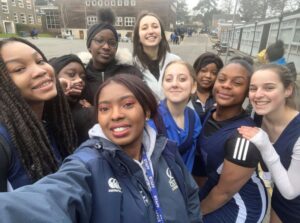 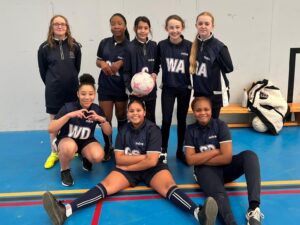